It seems like there isn’t a cartridge based game console in the world with more reading issues than the Nintendo NES. This is because of the NES’ Zero Insertion Force system. But there is a fix.

The Japanese version, the Famicom, has a top loader cartridge system which is superior to the NES version. The console was famously redesigned for the American and western market to make it look less like a toy. The aftershock of the video game crash of 1983 was still felt and so parents were anxious to buy a game console.

The NES was meant to look a bit like a VCR with a front loading mechanism. It turned out that over time that system would be prone to failure, resulting in the NES blinking its red LED to indicate a problem with the cartridge.

There are temporary fixes like cleaning the 72 pin connector or replacing the connector with a new one, but it will eventually fail again due to the way the loading mechanism works.

But there is a permanent fix… 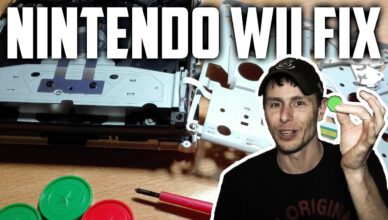 Wii GOT A PROBLEM!