I made a video recently about the Compaq LTE 5000, and noted that it was the best laptop for MS-DOS Gaming that I owned. However, in the weeks after the filming of that video I really started to see its limitations. The 75Mhz CPU is too weak for a good portion of my favorite games and the lack of a CD-ROM drive complicates things even further. Time to find a replacement!

This week I found the perfect candidate: The Toshiba Satellite Pro 430CDT. A laptop with a faster CPU running at 120Mhz. An active matrix display capable of doing 640×480 resolutions. 16Mb of memory (mine had 16Mb additional memory) and a CD-ROM drive. Looks great on paper!

As always things are not always as they seem… starting with the fact it was dead on arrival. 😑 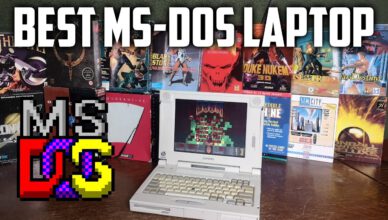 The BEST MS-DOS Laptop in the WORLD 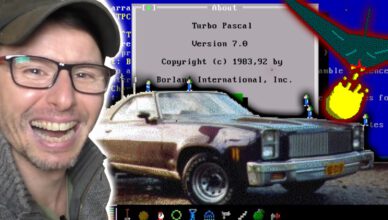